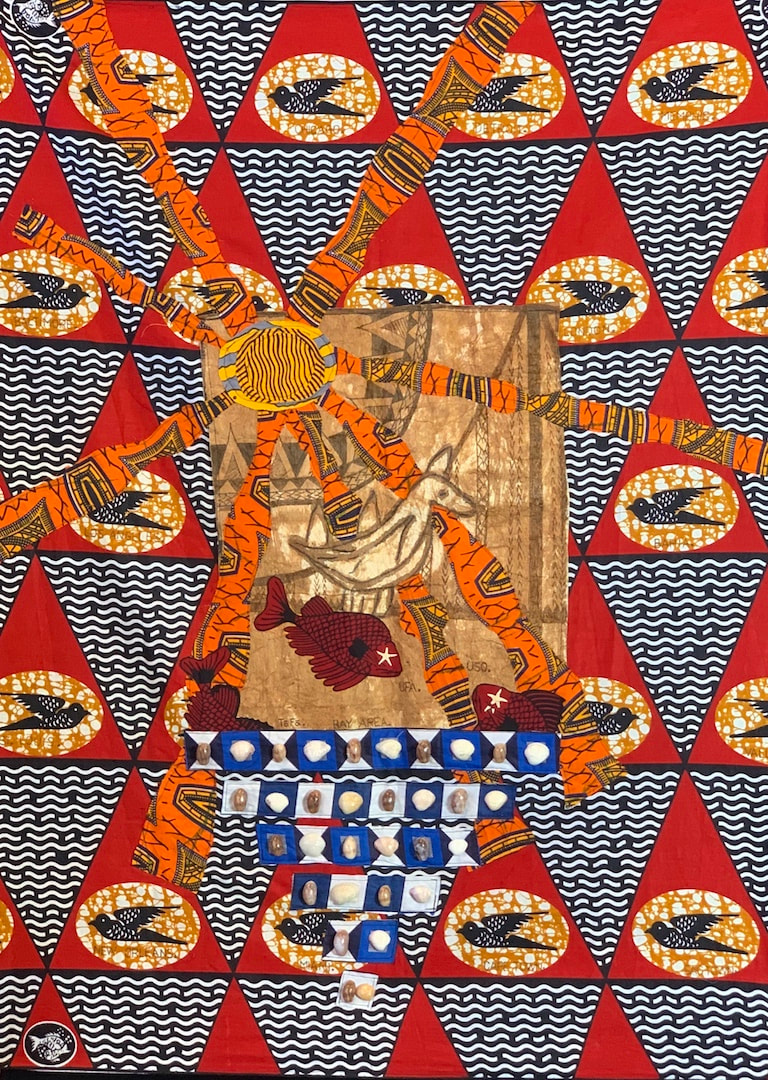 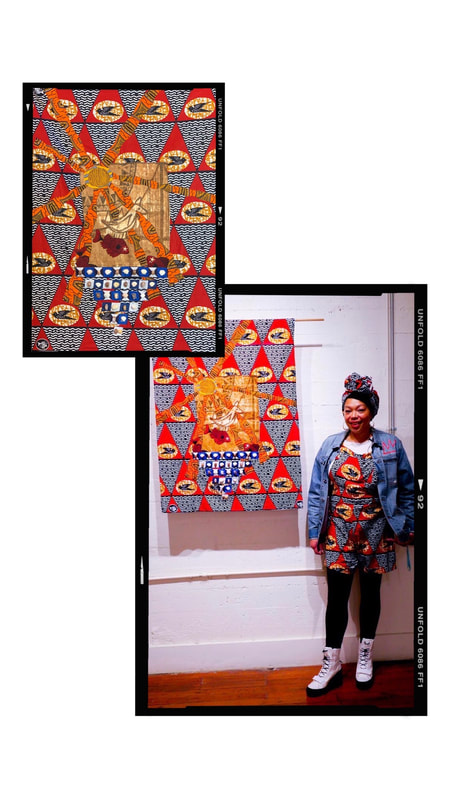 The Disruption, speaks to how various government agencies like the police, cause disruption in the lives of ordinary citizens.  The bird in the central panel represents the disruptor; the fish, the disrupted.  The fish react differently - one fish's life is being disrupted, another sees the disruption happening and is helpless to stop it, a third fish, knows disruption happens, but turns a blind eye.  As apart of her unique art aesthetic, Afatasi creates outfits that match with her (TAPA)stry, to symbolize standing in solidarity with her work. 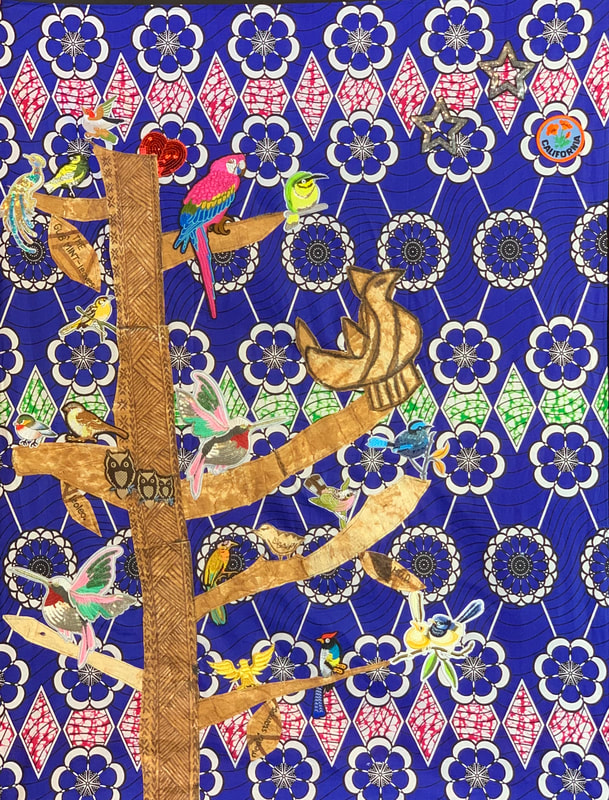 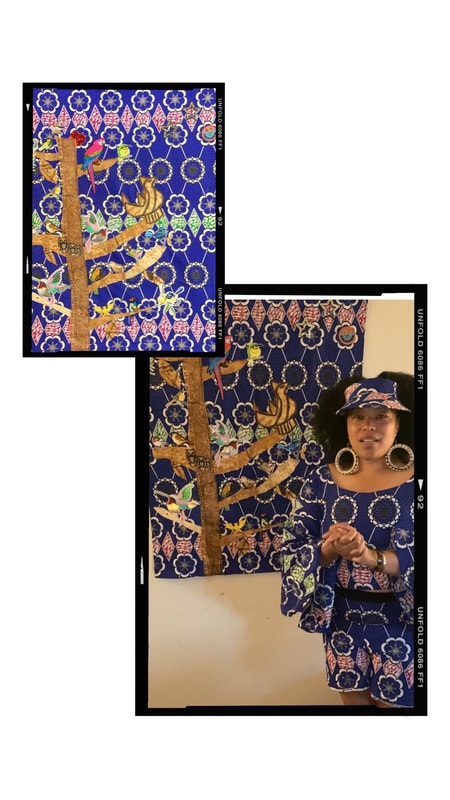 Both Afatasi's parents worked full-time jobs, so as an alternative childcare solution, Afatasi spent part of her childhood being raised by an aunt who only spoke the Sāmoan language.  This particular aunt lived in the Geneva Towers Housing Projects in San Francisco, which was eventually condemned, then demolished in 1999. The Hood, honors that time spent there with her aunt.  The barren tree, central to the piece, represents the building itself which was always in a state of dereliction, disrepair and neglect.  The Sāmoan motive drawn onto the trunk of the tree, is the Sāmoan symbol of ​the fala mat - meaning wealth and prosperity; an ironic symbol placed as a nod to how residents, forced to live in the margins of society, still make a way.  The birds represent the residents from all walks of life, who lived in the towers by circumstance; good people like Afatasi's aunt, who have limited, or no other housing options. 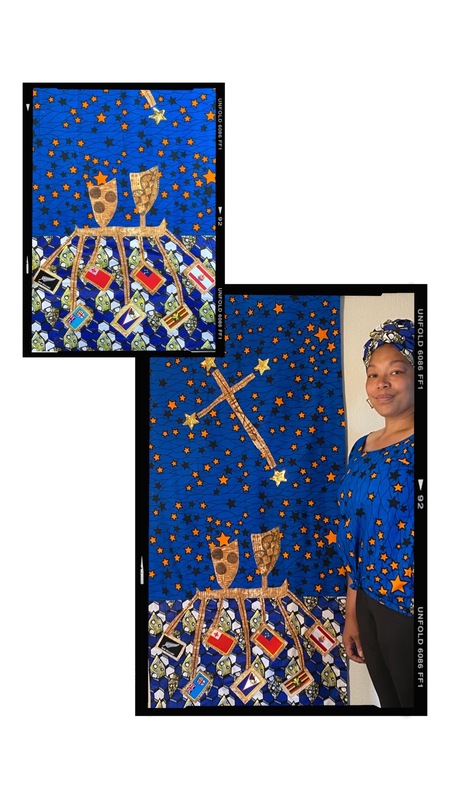 ​The island nations of Polynesia are at war with climate change, and are right on the front lines.  The climate dependent region has seen a rapid rise of sea levels, erratic weather patterns, loss of viable land, and food shortages due to various upended ecosystems.  Global Warming speaks to how Polynesian islands, symbolized by patches placed at the oars of a Polynesian war vessel are working together to combat climate change.  The cross is a symbol for the constellation, The Southern Cross; the most recognizable constellation in the Southern Hemisphere, in which Polynesian seafarers used as a navigational tool.  See Afatasi speak about Global Warming, in the YouTube video above. 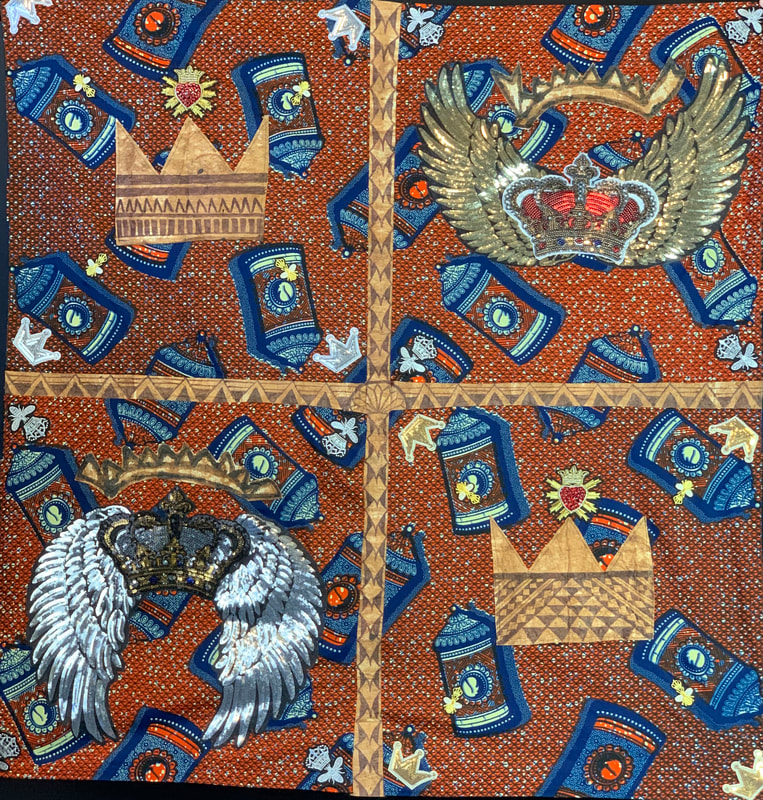 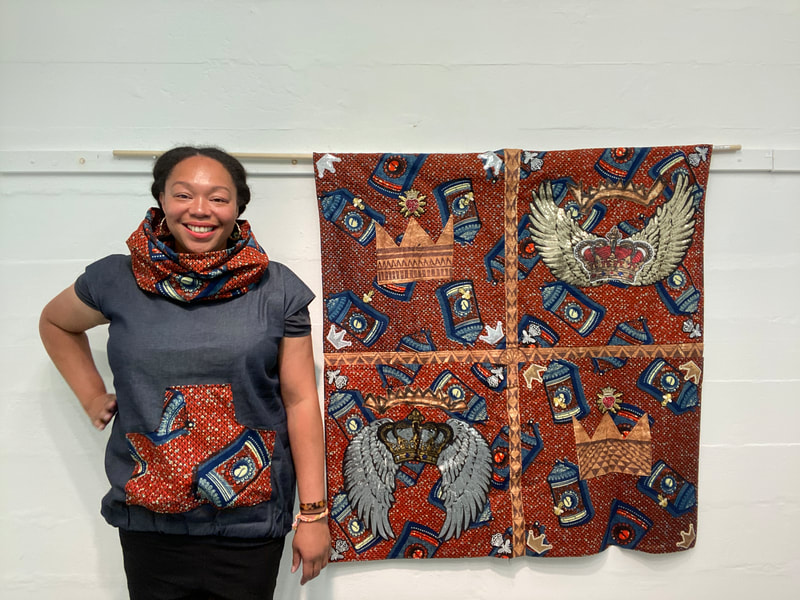 Paleali'i Mo Basquiat (TAPA)stry #4, 2019
African Print Fabric, Indigenous Polynesian Barkcloth, Patches
​48" x 46"
​
This (TAPA)stry piece is dedication piece to the artist Jean-Michel Basquiat.  Afatasi did not come from an art background, nor did anyone have an interest in art, especially as a profession.  As an adult, Afatasi learned about Basquiat, and it was her first glimpse of Black excellence in the art world.  The foundational fabric on this piece, is a nod to Basquiat's graffiti art, and the various crowns found throughout, are a nod to the crown symbols which were found in many of his art pieces. 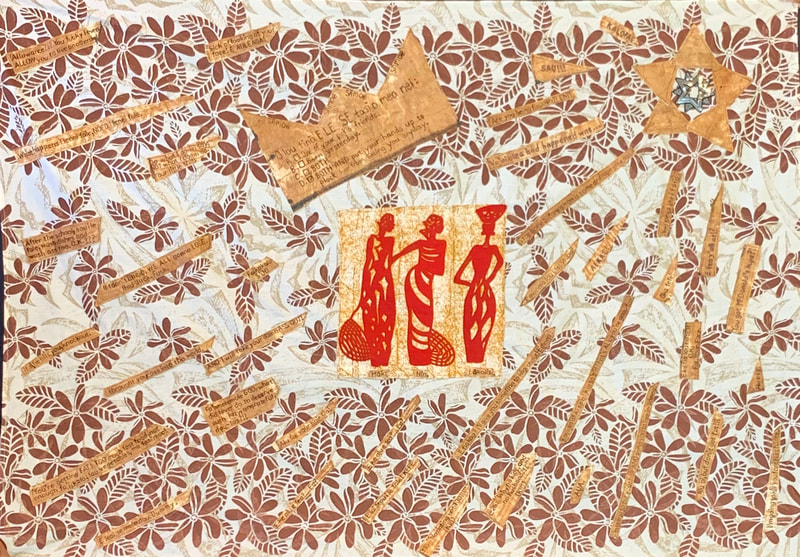 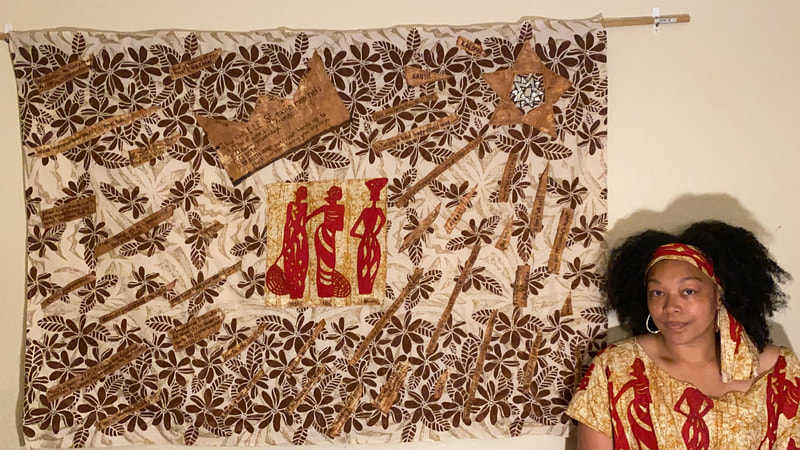 This piece is a take on the biblical story, "The Three Wise Men".  In Sāmoan culture, an Ia Lava Lava is a large piece of cloth that covers the lower half of the body for both men and women.  Made from her late mother's Ia Lava Lava, this piece is dedicated to the women in Afatasi's family; the central figures represent the artist and her sisters.  See Afatasi speak about, The Three Wise Women, in the Youtube video above.